Ambiatibe, located 50 km north of Antananarivo is the place where Jacques Berthieu, SJ, a French man, a native of Polminhac (Southeastern France) was put to death by âMenalambaâ (a group of Malagasy nationalists)in the wake of French colonization in Madagascar on June 8, 1896.

The sanctuary dedicated to symbolising his unwavering faith amid suffering and death is the object of pilgrimage and prayerful events. Guided by Fr. Pierre Andre Ranaivoarson, SJ (the director of the sanctuary), Fr. General and his companions made a tour of the place as well as blessed the river Mananara where Berthieuâs body was thrown by Menalamba. He then visited the nearby parish of Andriampamaky where he was greeted by cheerful faithful in the church. 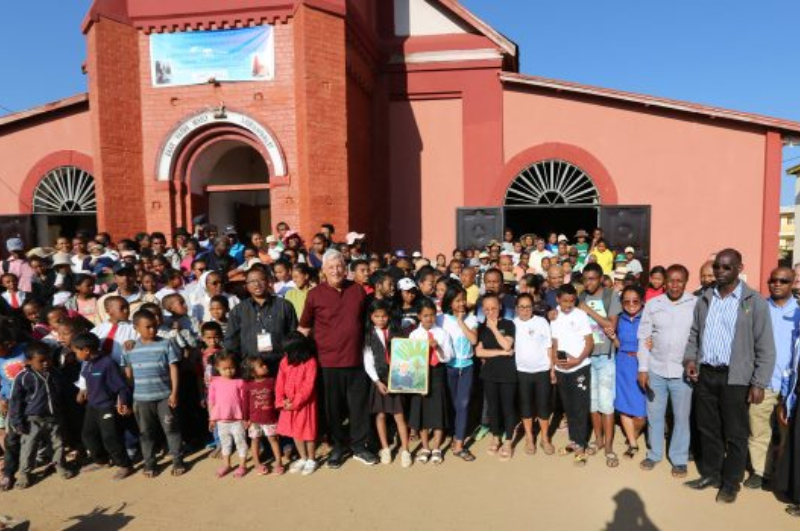 Two major events animated Fr. Generalâs agenda for the fifth day (Sunday, October 9th) of his visit to the Island of Madagascar. The first began with a solemn Mass he presided over in the stadium of College Saint Michel in the capital Antananarivo. The college stadium was packed with about 10 000 people composed of pupils, students, parents, lay collaborators, and a myriad of religious people from various denominations.Fr. General was joined by some of the Majors Superiors of JCAM who were in Madagascar for their plenary meeting that was due to take place from 10-14, October. The homily was based on the story of Naaman and the ten lepers, Fr. General underscored how lepers are emblematic of those who are excluded from society today for whatever reason. âWe need to open our eyes for the leprosy of our times is the unjust social structures that cause poverty and the accelerated deterioration of the environment,â said Fr. Sosa. 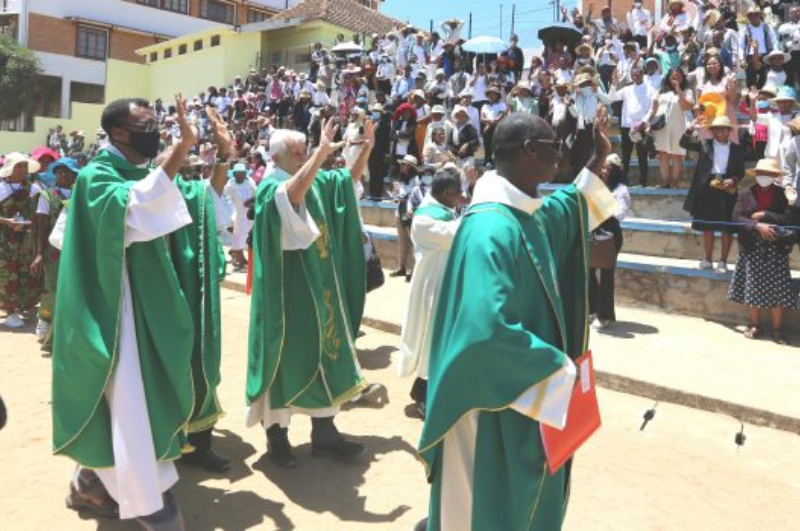 One can, but only be impressed by the effervescence and enthusiasm shown by all attendees during the ceremony. You can say that the weather contributed a bit to the exuberance emanating from the people. It was a perfect, sunny day! 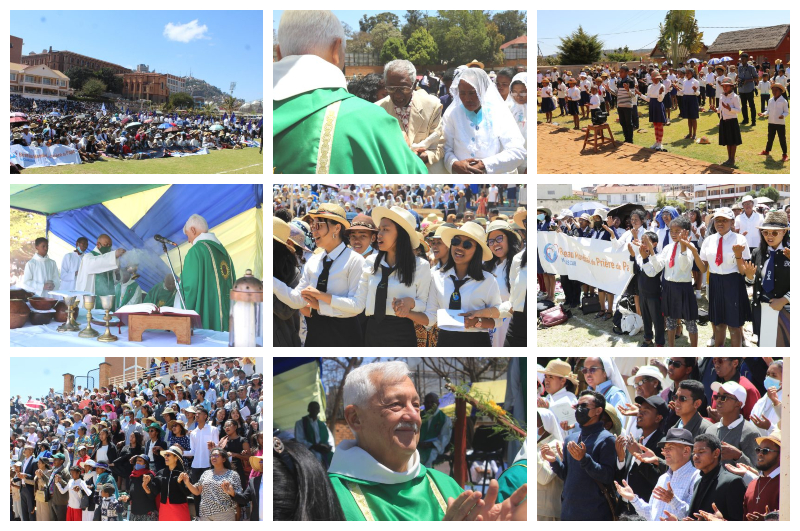 The second event is the interaction of Fr. General with over 500 lay and religious collaborators which took place in the afternoon. The reports made by representatives from the designated apostolates indicate a gradual involvement of lay collaborators in the Society of Jesusâs work in Madagascar through multiple activities geared toward the four Universal Apostolic Preferences. 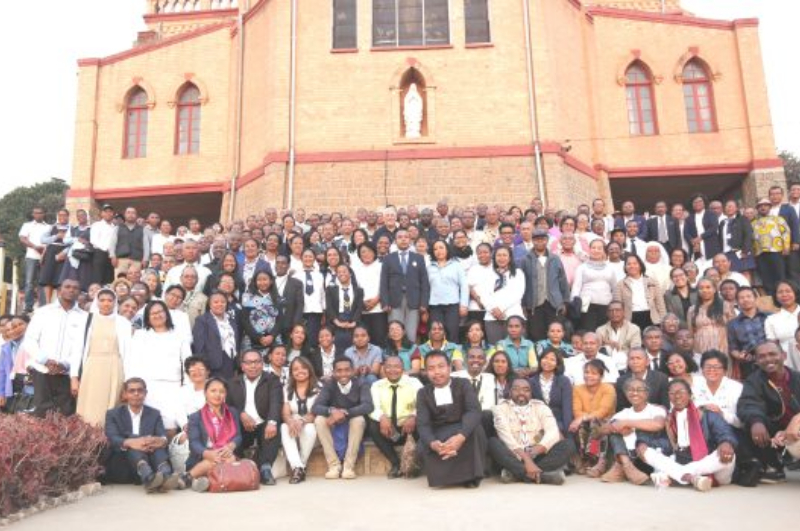 In his message, Fr. General again pointed out how the issue of collaboration is crucial in the Jesuit way of proceeding. It is hardly a tactical move but deeply rooted in the Jesuit identity. Somehow hammering in some key points he had already made to lay collaborators in Fianarantsoa on the third day. He illustrated that like the five fingers of the hand, discernment, as a key element, should imbibe the four universal apostolic preferences to which we are all invited to commit. He also answered some questions, specifying how a healthy tension founded on the Jesuit spirituality can help see things: the tension of being rooted in a place (or specific work) and having a universal view, the tension between the concern for personal achievement and the care for the common good. He noted that everything collapses without that vigorous balance. 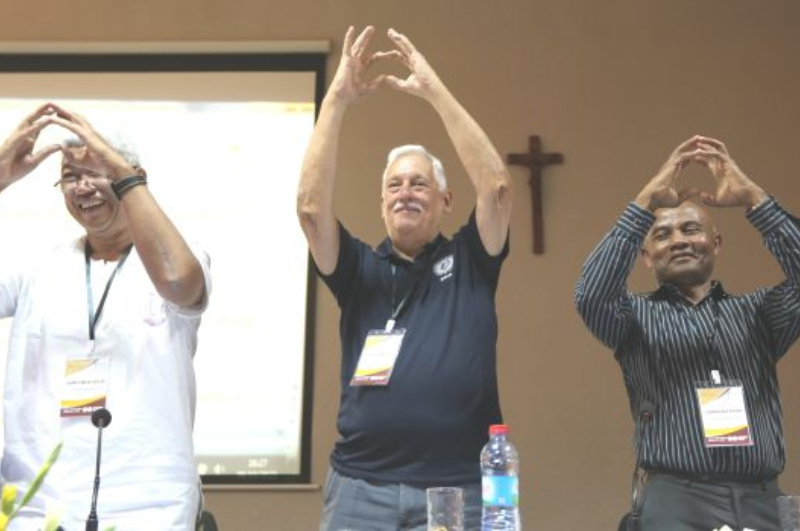