The morning began with a courtesy visit to the Archbishop of Antananarivo, Mgr. Odon Marie ArsÃ¨ne Razanakolona.

It was a very fraternal meeting between the one who sends the Jesuit on a mission and the one who reports to his superior how he carried out this mission. Indeed, it was Father General who, without delay, reported to the Archbishop the route he had taken since his arrival eight days ago: from the visit to the diocese of Mananjary to that of Fianarantsoa and in particular the Eucharistic celebration with the Ignatian family at Saint Michel Amparibe College on Sunday, October 10th. From this activity report, the Archbishop congratulated Father General's courage and strength. Father General also reported the presence of the provincials of the Jesuit Conference of Africa and Madagascar (JCAM) who were having their plenary meeting for four days at the Saint Michel college.

The exchanges continued with various subjects such as the formation of diocesan clergy, inter-diocesan collaboration in particular the sending of priests from the diocese of Antananarivo to other dioceses which request this collaboration, the perspective of the Church in Madagascar on the synod on synodality among others.

At the end of the conversation, the Archbishop took this opportunity to re-express his gratitude to the Society of Jesus and more particularly to the Jesuits who have been working in his diocese for more than a century in Madagascar. He also reiterates his wish for more effective, and affective collaboration. Father General, for his part, offered the 2022 Yearbook of the Society of Jesus, on the occasion of the jubilee of five centenaries of the conversion of Saint Ignatius of Loyola. He also gave the Archbishop two copies of the booklet entitled A Pocket Companion for Synodality: Voices from Africa.

Father General ended this courtesy visit with a moment of meditation at the tomb of Blessed Victory Rasoamanarivo, the first Madagascan who was beatified in Antananarivo by Saint Pope John Paul II in May 1989, during his apostolic visit to Madagascar. 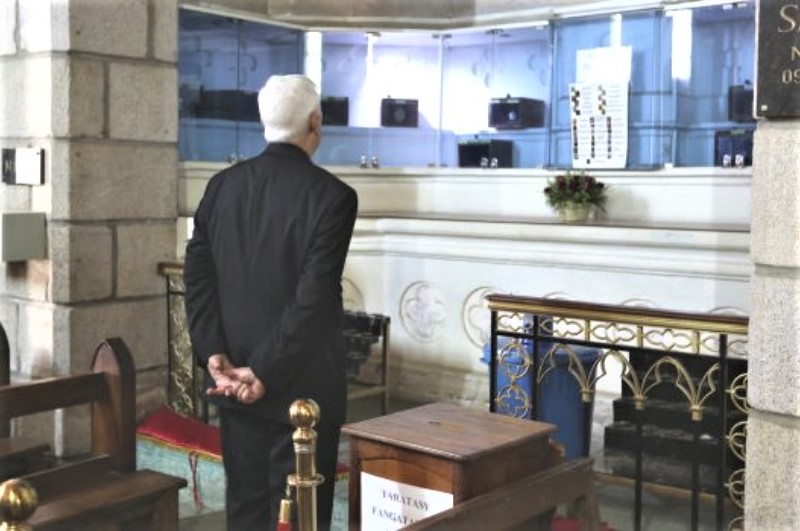 Father General also did not fail to admire the "Barea" stadium, seen from the hill of Andohalo, dedicated to the Malagasy national football team, before continuing his visit to the parish and to the Arrupe Center of Faravohitra. 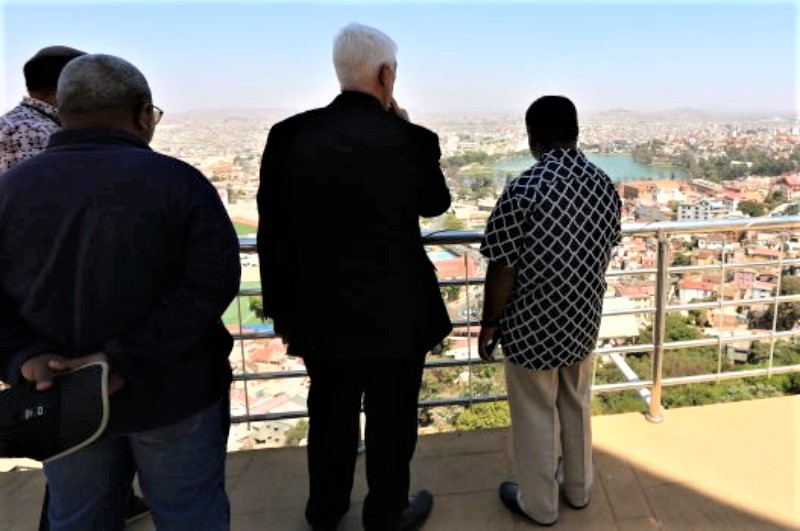