Upon arrival at the airport in the capital Antananarivo, he was welcomed by a delegation of Jesuits led by the Provincial of Madagascar Province Fr. Fulgence Ratsimbazafy, SJ, accompanied by the superiors of the local Jesuit houses. Father General was accompanied by FR. John the Baptist Anyeh-Zamcho, SJ, the Socius to the President of the Jesuit Conference of Africa and Madagascar (JCAM), and Joseph Christie, SJ, Secretary of the Society for Higher Education.

5th October commenced walking the grounds of Madagascar, with the morning spent on interactive sessions with the pupils at the primary level of Saint Michel College (CollÃ¨ge de Saint-Michel) located in Amparibe, Antananarivo, Madagascar. Saint Michel is a renowned Jesuit school founded in 1888, and it consists of primary and secondary and a technical college, with a population of over 4000 pupils and students. 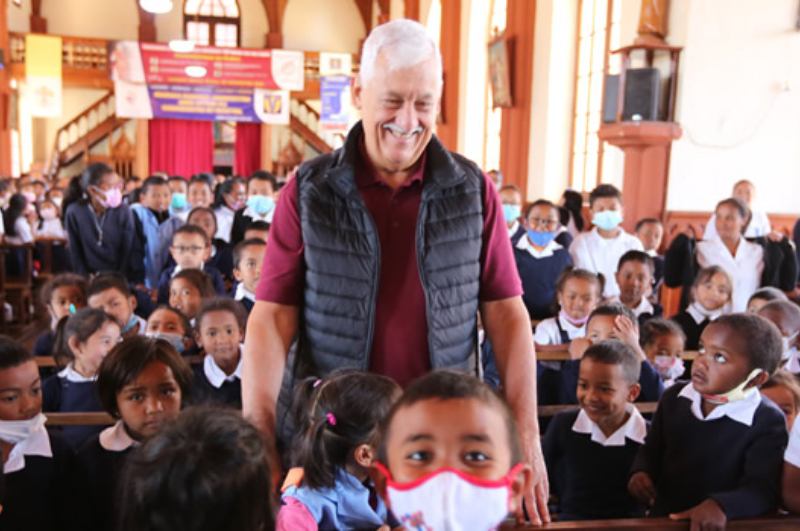 In the afternoon of October 5th, Fr. General met 16 Jesuit brothers working in the capital Antananarivo, where he delivered a message sharing his own vocations journey, and his inspiration by Jesuit brothers in his native country, Venezuela. He shared that during his days as a student in a Jesuit high school, his image of a Jesuit was hardly that of a priest. His long experience in the Society of Jesus (Fr. Sosa entered the novitiate in 1966) allows him to have a keen view of how the vocation to brothers in the Society of Jesus seems to have undergone a major shift. He said, âWe now contemplate a diminishing number of Jesuit brothers worldwide while at the same time one witnesses brothers who have various profiles which was barely the case before.â He highlighted two important points: (1) the importance of the prophetic stance of the Jesuit brothers which symbolizes Godâs power in consecrated life, and (2) the vocation to Jesuit brothers which gives particular meaning to the concept of âpeople of Godâ as fleshed out by the Second Vatican Council. Madagascar is among the few Jesuit provinces worldwide which prides itself in having a significant number of Jesuit brothers in terms of priest/brother ratio. 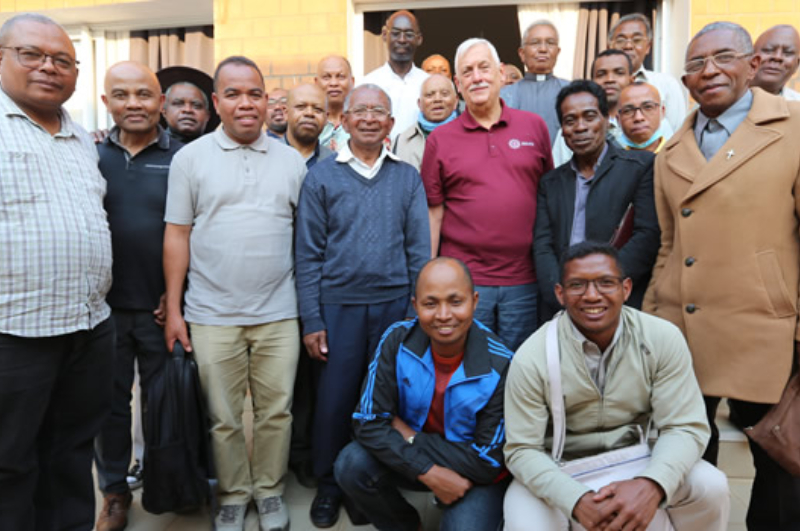 At the end of the second day, an inaugural Mass was held for the new house of Saint Michel Jesuit community, where Father General was also housed at the start of his visit. His homily emphasised collaboration, following his earlier message while visiting Jesuit brothers, in Antananarivo. Taking his cue from the reading of the day (Gal 2: 1-2; 7-14) in which zealous apostles such as Paul, Peter, James, and Barnabas spread the gospel despite their innate differences. Fr. General Arturo Sosa, SJ underscored the need for solidarity among Jesuits which is key for success. After the Eucharist, Fr. General, accompanied by Fr. Fulgence Ratsimbazafy, SJ, Provincial of the Jesuit Province of Madagascar, blessed the new building which houses some twenty Jesuits who work in Saint Michel College and in other apostolic domains. 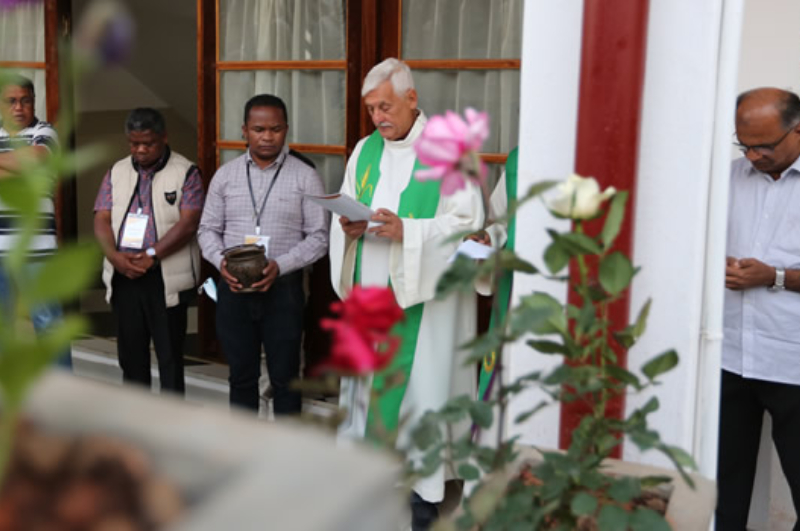