Madagascar was heavily impacted by a long-lived, deadly tropical cyclone the intense Tropical Cyclone Batsirai, resulting in the death of over 120 people, becoming the strongest tropical cyclone to strike Madagascar since Cyclone Enawo in 2017. It made landfall two weeks after Tropical Storm Ana brought deadly floods to the island country in late January this year.

Upon arrival, Fr. General was met with the ever-present African cheer, with a Malagasy taste, from every corner, the peopleâs faces beamed with eagerness to greet him despite their very own prevailing needs and challenges faced due to climatic issues. Their faces presented hope! 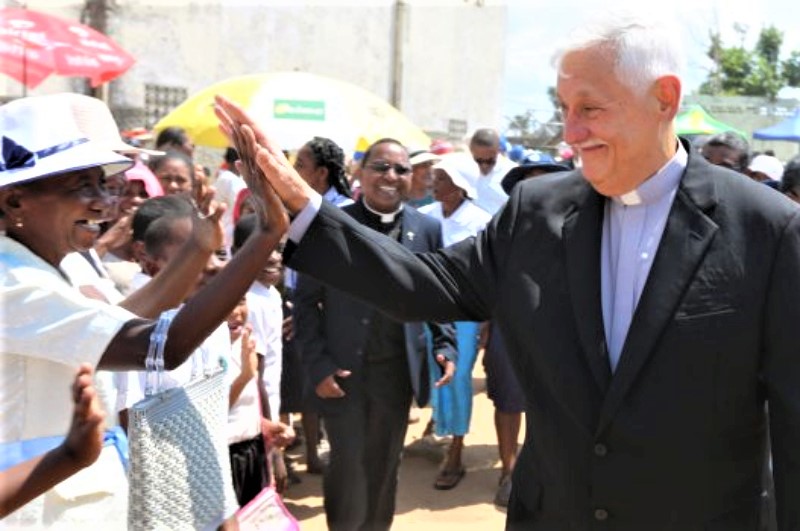 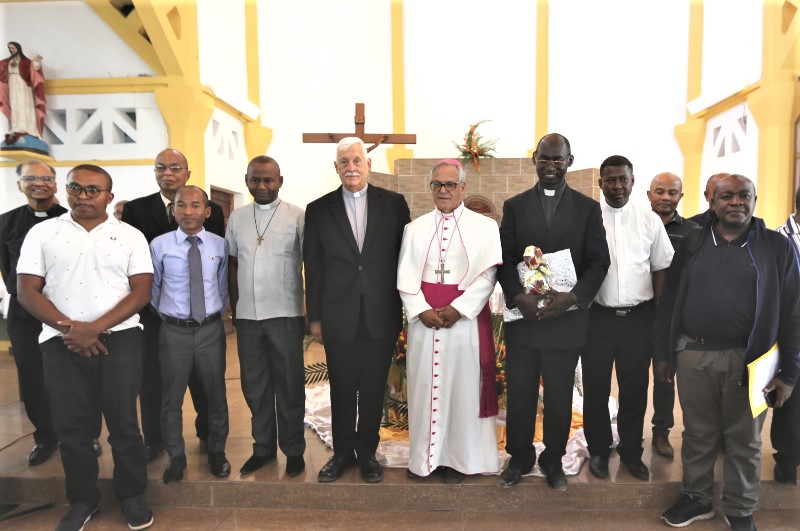 Fr. General and his delegation also proceeded to the College of Immaculate Conception, a Jesuit-run high school that is still recovering from Batsirai. In an impromptu short speech, Fr. Sosa enjoined the 1250 cheering pupils and 75 staff and personnel gathered in the large stadium urging them to never be discouraged in the face of adversity. 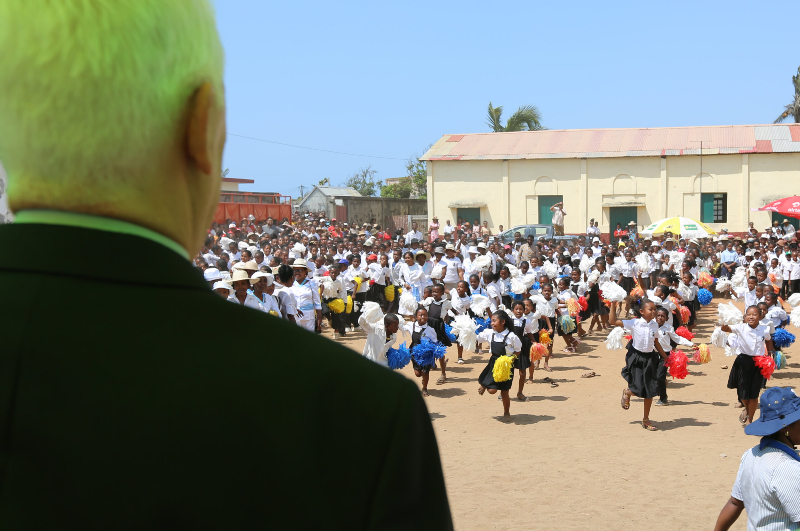 The afternoon of October 6th was spent in Fianarantsoa, a city located 500 km south of Antananarivo, where several Jesuit apostolic works are located. After a well-deserved lunch specially prepared by students from the school of La Riziere, a Jesuit-run higher institution of learning, Fr. General met with the students and staff of U-Magis, the Jesuit university. Given the energy and vibrancy of the Malagasy people, Father General was upbeat, absorbing the cheers as though second to his nature, Fr. Sosa did not hesitate to break into a dance joining in the welcoming party with dance and chants performed by enthusiastic students and personnel at U-Magis. Such an unplanned interaction testifies to Fr. Generalâs closeness to people, which has always been very much appreciated. 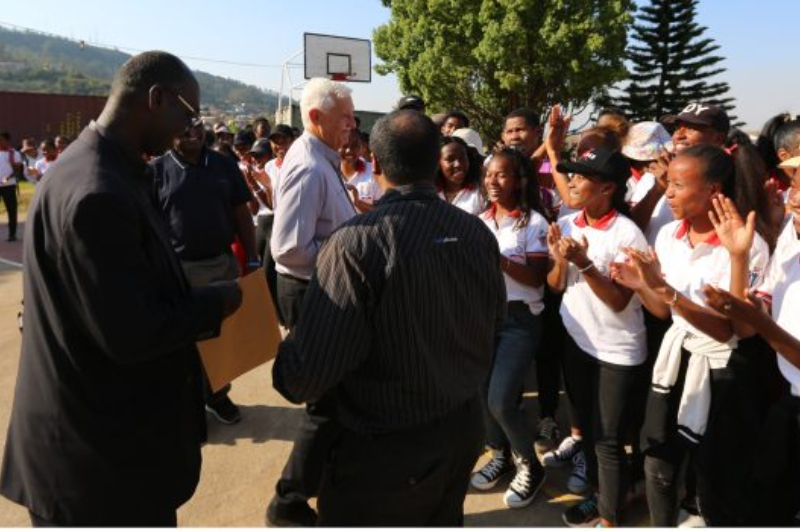 Later on, in his encounter with the local ordinary, Bishop Fulgence Rabemahafaly, the latter pointed out how the Jesuits pioneered in the area through their evangelising work since the late 19th Century. Bishop Fulgence highlighted the current works of Jesuits who are present in various domains: evangelization in remote districts and nearby parishes, education in the Francois Xavier High School in the city, various chaplaincies, and other apostolic endeavors. As for Father General, he reiterated the Jesuitsâ availability to join in the challenging task of evangelization in its various forms. 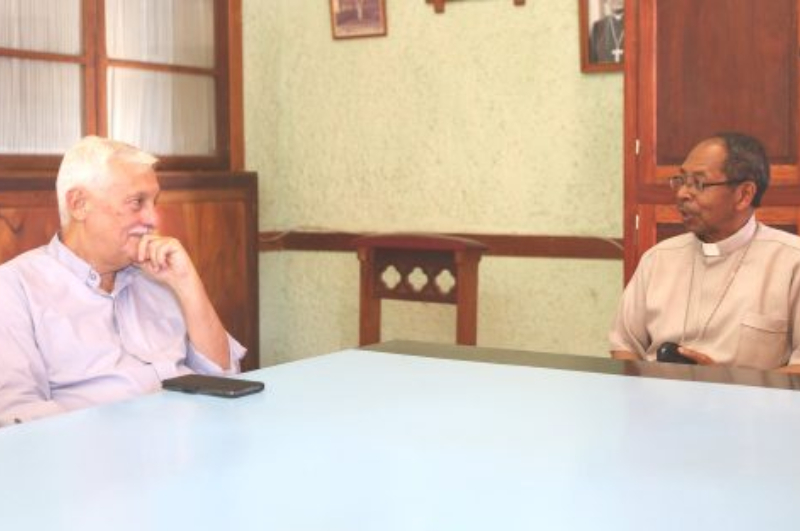 Undoubtedly, the hallmark of this third day was Fr. Generalâs visit to the leprosery of Marana, a place where the blessed Polish Jesuit Jean Beyzym (1850 â 1912) dedicated his life to the service of lepers. Although initially unscheduled, Fr. General insisted on having a Mass there. Fr. Fulgence Ratsimbazafy, SJ, and Fr. Joseph Pawlowski, a Polish Jesuit who is the leproseryâs chaplain concelebrated the Mass. Since the time of Jean Beyzym until the present time, the sisters of Saint Joseph de Cluny have been unwavering helpers of the Jesuits in this challenging apostolate of being close to the most vulnerable people affected by leprosy. 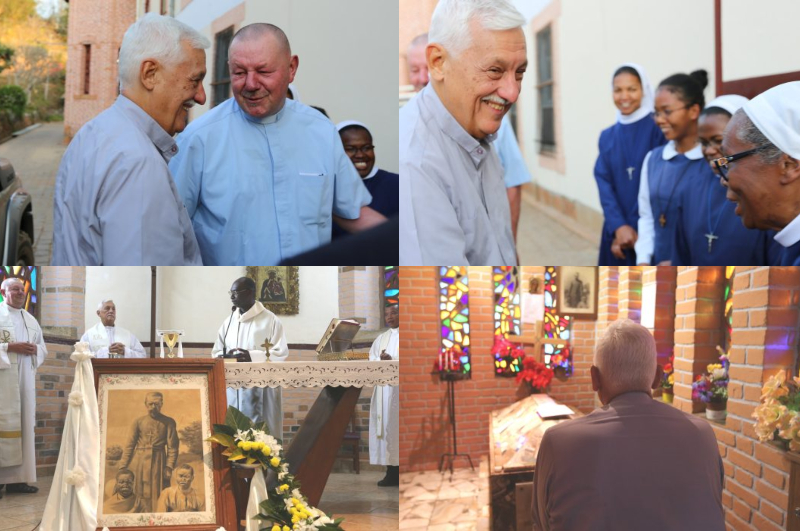 After Marana, Fr. General joined the Jesuit community of Mahamanina where he spent the night ahead of his encounter with the Jesuits in the area the following day.