In presenting the pilot programme, Father John the Baptist Anyeh-Zamcho, SJ, the JCAM assistant for formation emphasised that âThe final document of the assembly titled Actions Steps and Orientations contains six graces, each with specific action steps and expected results. The expected outcome of the fifth grace was the Formation of Formators, described as the âempowerment of formators with adequate resources of time and skill to be ongoing guides who can truly foster reflection on the graces being revealed through probations and help Jesuits-in-Formation become even more fully incorporated into the body of the Society.â

In this light the pilot programme was proposed so that JCAM formators, especially those arriving in formation centres for the first time could be helped to understand their role, especially that of accompaniment of Jesuits in formation beyond academic tutoring. A Jesuit assigned to a formation centre is, therefore, not just a teacher but a formator by his way of life and his availability to mentor younger Jesuits.

The Pilot programme was held from the 28th to the 30th of November 2022, with 17 formators drawn from the five centres of formation in the Conference present. Two rectors were present in person, while three others participated virtually. Among the formators assembled were ministers of communities, teachers, academic administrators, spiritual fathers, bursars, and rectors.

The workshop was characterised by spiritual conversations and sharing among participants. On the first day, the sharing from Fathers Gibson Munyoro, SJ, and Jocelyn Rabeson, SJ, rectors of AJU Harare and ITCJ Abidjan respectively put the workshop into perspective. This was followed in the afternoon by a conversation on the role of the formator according to the handbook on formation of Father Peter Hans Kolvenbach, SJ. This was led by Father John the Baptist Anyeh-Zamcho, SJ. On Tuesday 29th November, the morning session was led by Fr. Deo Rwezaura, SJ, rector of Hekima University College Community, who titled his sharing Being a Formator: A Graced Challenging Effort. He reviewed some of the challenges of formation that came along during his own experience, including the impact of Covid-19. This was followed by a session of spiritual conversations which resulted in some preliminary conclusions, including the fact that the Jesuit formator was invited to participate in the mission of Christ, and the main actor of formation was the Jesuit himself.

In the afternoon, Professor Paul Almeida shared his experience about Ignatian leadership and helped participants to discern which leadership style was adequate for the various situations in which they find themselves in. 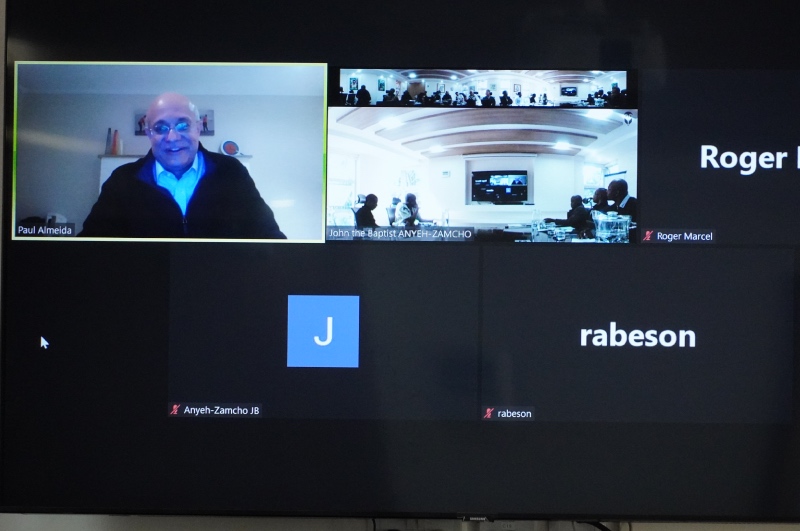 The final day of the meeting was animated by Fr. Mark Ravizza, SJ, who shared on the best practices of formation across the Society. In his presentation, he insisted on Ignatiusâ use of the word probation as meaning âto taste and see.â This connotation was very different from some commonly held notions that the man in probation had to be tested through various tests and trials. His input was much appreciated and provided the kind of explanations and conclusion that many were expecting after the conversations. Afterwards, Dr Ajay Chhaniyara gave the participants some tips about living healthily and how to take care of the body through a healthy lifestyle. 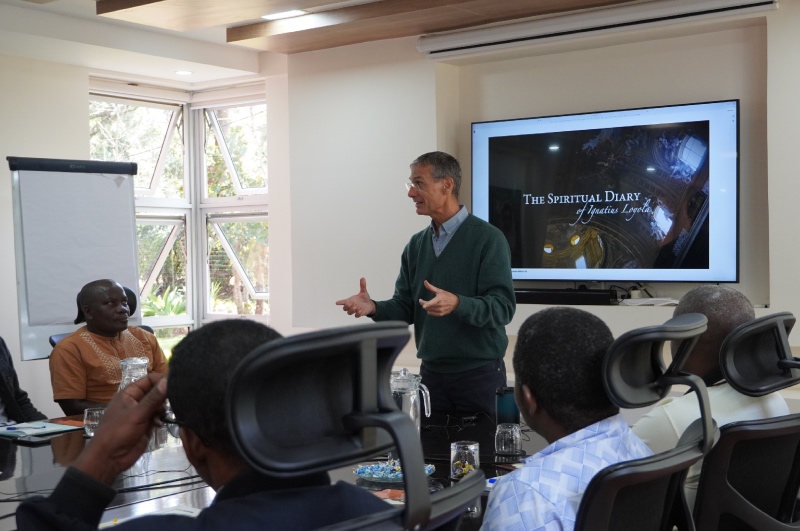 In his remarks, Father Agbonkhianmeghe E. Orobator, SJ, the President of the Jesuit Conference of Africa, and Madagascar (JCAM) among other things thanked all participants from all of the five centres and houses of formation for their generosity and availability. 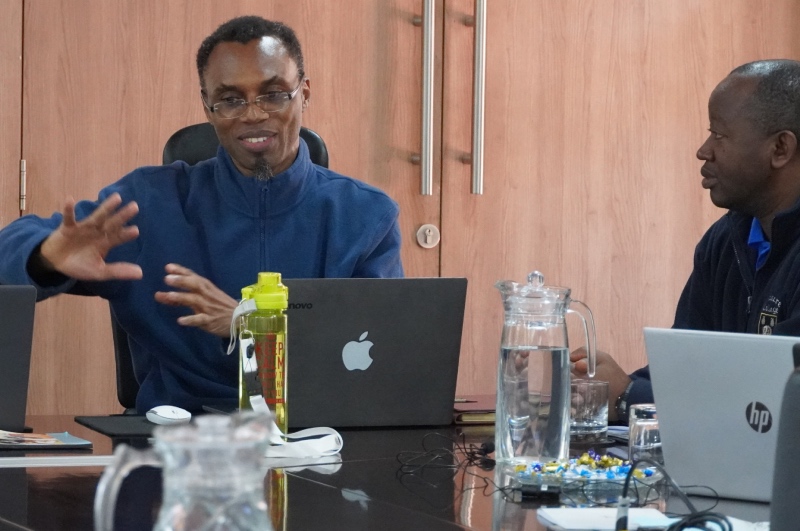 He also thanked all the rectors who accepted to serve as resources persons and for sharing their expectations, graces, and challenges of formation and formators. In a special way, he thanked Father Generalâs counsellor for formation, Fr. Mark Ravizza, SJ who accepted to be present despite his tight schedule. Of special mention also was Doctor Ajay Chhaniyara, a well-known physician to many Jesuits, who spoke about how to live a healthy lifestyle and the ways of avoiding lifestyles diseases. Father Orobator also gave credit to the featured speaker, Professor Paul Almeida, the Dean of the McDonough School of Business at Georgetown University who spoke about leadership lessons from Saint Ignatius of Loyola and the history and practices of the Society of Jesus.

At the end of the workshop, participants expressed their gratitude for the organisation of such meetings and felt it was worthwhile organising similar workshops in the future.

The Society of Jesus in numbers â 2022 Edition

Christâs love of his sheep, is gratuitous, total, and definitive: Jesuits in formation meeting in Madagascar

Conferment of Ministries to Theologians at Hekima University College

Being a Deacon is not a temporal task, but a lifelong disposition