In some African cultures, towering personalities in fields of human endeavour are likened to a giant tree in the forest. Their demise is aptly expressed with the metaphor of a fallen tree. A Jesuit colleague announced Magesaâs death with the following words: âOur brother, friend and priest, and giant of Africa has gone to the Lord.â Magesaâs pilgrimage from his humble origins in his birthplace, Musoma in northern Tanzania, to the towering heights of his renown on the global stage of theological erudition tells the story of a faithful pastor, humble scholar, beloved teacher and exemplary Christian.

I first met Magesa in Musoma in 2004, where he was doing pastoral ministry in a rural parish. His book, Anatomy of Inculturation: Transforming the Church in Africa (Orbis, 2004), was under preparation for publication. He gave me a galley proof to read. The significance of that book was instantaneous and unmistakable: Magesa had written the magna carta of African theology of inculturation. The combination of his penetrating insight, engaging originality and evidence-based analysis redefined the meaning, significance and practice of inculturation. Magesa authored, co-authored and co-edited numerous ground-breaking books, like What Is Not Sacred? African Spirituality (Orbis, 2013), in which he brilliantly explored the beauty of the spirituality of African Religion and its enduring gift to Christianity as a light, not a shadow, as it tended to be portrayed by those who were either ignorant of or biased against its true nature. Prior to What Is Not Sacred? Magesa published African Religion: The Moral Traditions of Abundant Life (Orbis, 1997). In his usual style, he developed a compelling narrative of the importance of life as understood in African Religion, not only as a biological phenomenon, but more importantly as a moral category for making and evaluating public and private ethical choices and conduct.

I believe that the final work that Magesa published was a contribution in March 2022 to an edited volume on synodality, A Pocket Companion to Synodality: Voices from Africa (African Synodality Initiative, 2022). Titled, âJourneying Together in Service and Harmony: The African Jamaa as a Model for a Synodal Church,â Magesa explored the meaning and practice of synodality from the cultural perspectives of Africa. He pointed out that âwhat is intended by the synod as a whole is unity in thought, word, and deed of all the faithful who as a body and beyond the purpose of jamaaâwhich is primarily social self-preservationâare on the road toward the objective of their salvation and the redemption of humankind.â Magesa was a consummate learner and a compassionate teacher. Starting in the late 70s and continuing for many years, he taught theology at various institutions, including Kipalapala Major Seminary, Tabora, Tanzania; Tangaza University College and Maryknoll Institute of African Studies â all in Nairobi, Kenya. He was a pioneer lecturer at Catholic Higher Institute of Eastern Africa (CHIEA), Nairobi, which later became The Catholic University of Eastern Africa (CUEA). From 2009 to 2021, he lived and taught theology at the Jesuit School of Theology, Hekima University College, Nairobi.

Magesa practised the art of theologising with grace, candour and integrity. He respected his students and always made a point to remind them that he, too, was a learner. A man of humble demeanour, he was not given to self-aggrandizement. His thinking was always lucid, original and inspiring. He provoked constructive thinking and shunned ideological controversies and intellectual artificiality aimed at damaging the reputation of his trade or the position of those who held a contrary view.

Magesaâs scholarship, research, writing and publication gave a distinctively African face to Inculturation Theologies, Liberation Theologies and Catholic Theological Ethics, three areas where he was the undisputed leader. Strikingly, he put his theological convictions, ideas and principles into action in his everyday living. During his teaching spell at Hekima University College, he created and led inculturated Eucharistic liturgies that drew on the best traditions and values of African cultures and religion in dialogue with the Gospel.

I last met Magesa on his birthday, the day before his death; I was privileged to visit him in Aga Khan Hospital in Dar es Salaam. The pancreatic cancer that finally ended his earthly life had taken a devastating toll on his body. Surrounded by his beloved brother and primary caregiver, Professor Evaristi Cornelli Magoti of University of Dar es Salaam, and relatives, Magesa remained the humble and amiable Christian that he always was. As we gathered around his bed and expressed our emotions of sadness and grief, he muttered, âDonât do that â¦ this [suffering and death] is part of life.â His imminent death did not rob him of his graciousness, warmth and respect for people.

The belief is strong in many parts of Africa that the status of an ancestor is reserved for people who have made a transformative and enduring contribution of service to their community. By his life of service as a pastor, the depth of his scholarship and the example of his life as a Christian, Magesa now qualifies to join the ranks of ancestors of the Church in Africa and the World Church. 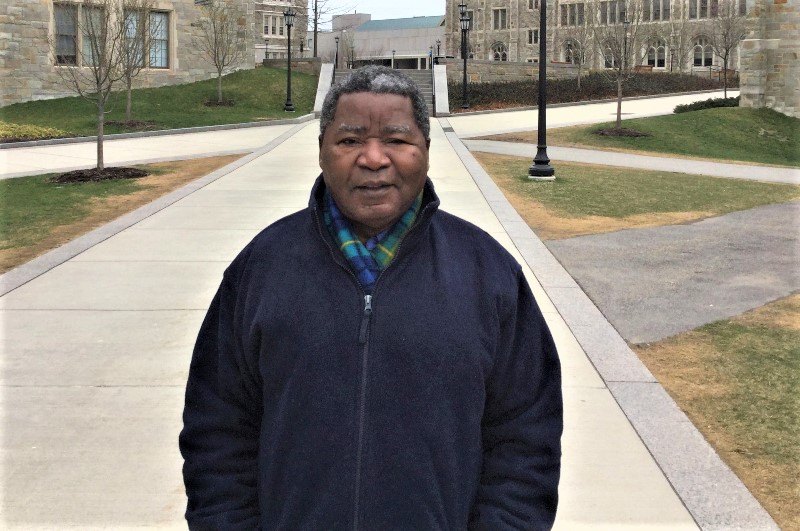 May his soul rest in peace.